Samsung recently unveiled its new Flex display, the display technology that will allow a tablet-sized screen to fold into a device that approximates the size and shape of a smartphone.

A phone with the technology is expected to ship in 2019 and could be the beginning of what many experts are considering the rise of the foldable phone. The company is now using two different displays to create its foldable phone. One display on the inside and a smaller display screen on the ‘outside’ after the phone is folded.

Samsung’s internal display is 7.3 inches with a 1536 x 2152 resolution (4.2:3). It folds in half to reveal a second display on the front of the device. This second “cover display,” as Samsung calls it, functions as a 4.58-inch phone interface with a resolution of 840 x 1960 (21:9). Although it looks very bulky and thick, Samsung described the device hiding inside the disguise as “stunning.”

“This combination of displays has given us an early glimpse at what to expect from foldable phones in 2019 and beyond. As glass is not pliable, Samsung has had to develop new materials to protect its new display. The Infinity Flex Display uses a polymer that Samsung says is both – flexible and tough – meaning it can keep its strength even when folded and unfolded,” experts said. 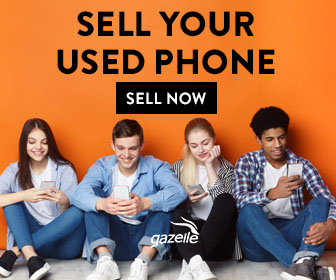 Since it is not made of glass it could feel different from phones and tablets we are used to.

“Just as smartphones started off with plastic resistive displays and stylus input, before the iPhone showed that capacitive touch on glass was the future, this foldable era will include compromises before the technology advances. Samsung’s device, while pocketable, didn’t look particularly thin compared to modern smartphones.” An article on media ‘The verge’ said.

However not all experts feel the technology could be successful. Some have compared foldable phones to 3D TVs. Television manufactures have tried marketing 3D TVs unsuccessfully.

Analysts and mobile phone industry experts explained that foldable phones could be successful since they are addressing the issue of lesser pocket space and ease of use with a single hand. They felt that customers would not want to compromise on the benefits of a larger screen but would prefer smaller phones.

Some years ago, when Samsung introduced its 5.3 inch display Galaxy Note, it was seen as a large device and experts predicted its natural death. However now, 5.5 inch phones are seen as regular phones and are not viewed as ‘monstrously large’.

Foldable phones are the obvious initial market for this screen technology, but manufacturers will get far more ambitious as the display technology matures. Samsung is also promising roll-able and stretchable OLED displays in the future. Imagine folding or rolling a 55-inch TV into something that will fit into your bag, or finally replacing pen and paper with a foldable tablet. It sounds unbelievable right now, but we’re only at the very beginning of our flexible future, according to experts.

Will we soon be using phones that can be folded and slipped into our pockets much easier than our existing phones? Let us wait and watch.